From making his first film appearance as the intimidating M’Baku in Black Panther to quickly following up it up as dorky dad Gabe in record-breaking horror Us, Winston Duke is having quite the stratospheric introduction to the public-at-large.

Just take a scroll through his Instagram. One minute he’s posting snaps of himself around campus, the next he’s posing for selfies with Denzel Washington at the Oscars.

It’s a good thing Duke had his style on check from the very beginning then. At six foot five, he’s far bigger than your average, sample-size guy, which makes his menswear nous all the more impressive. Through eye-catching tailoring and clever tonal looks, this next big thing is keeping his wardrobe as consistently great as his roles.

Tailoring with a sprinkle of pizzaz is Duke’s M.O. but don’t expect the big man to take any chances with the cut. Slim and tailored flatters his body shape a whole lot more than over-sized would. The experimentation comes in the touches of velvet, the rich hues of purple and green and the pattern popping shirts underneath. You won’t see Duke rock up on the red carpet in many simple navy, black or grey creations.

When he’s not slaying the two-piece, Duke is partial to a beige casual get-up either through a slick bomber or a monstrous camel overcoat that only serves to beef up his frame rather than swallow him up as it can often do on smaller guys.

The camel overcoat has shed its unwelcome Del-boy comparisons and is now a bona fide star of menswear. Two stars collide then in this look, Duke taking a spliced-up modern take on the coat, and wearing it over a grandad-collar shirt. The patterns are bold but toned down by the easy-to-get-along-with colours. It’s a style rule as old as well, style – experiment with cut, then play it safe with shade or vice versa.

The big sweeping overcoat also works well with skinny jeans, if you have the tree trunks to not look like a teeny sparrow, bolstered by a pair of chunky MCM high tops proving that the brand’s style chops extend well beyond the ‘It bag’. The problem with any patterned suit is that it tends to amp up any discrepancies in the cut and fit. Buttons pulling around the midriff? Wafts of fabric pooling around your ankles? Shoulders jutting out like a cliff edge? All issues put under the microscope when there’s a natty check drawing the eye of passersby.

Luckily there are no such problems with the fit on Duke’s jazzy suit, which the actor has correctly toned down with some polished black shoes and a neutral shirt that ties in with the flecks coming off his fine checks. Outside of staple black, grey and navy, green is the easiest bold colour to get right in suiting. Red? Who do you think you are, the devil? Yellow? Très tricky. But Green is just right. It’s versatile enough to work with a black or white shirt, rich enough to forgive any fitting faux pas and fancy enough to creep into a black-tie event should you feel daring.

Are Guys Feminine If They Get Massages From Another Dude?

The shawl lapel only further fancifies the luxurious shade, brought out to full bloom by Duke’s black shoes, wristwatch, and patterned shirt. If you’re going go loco down in Aca-polka, it’s best to work the dots in accents and not dip yourself in fully. Ties, socks, pocket squares, and shirts work well with the pattern, and the rounded shape of the polka dot means it contrasts well with the straight lines of a simple, well-cut suit.

Duke’s tailoring here is perfect with strong shoulders and smart trousers, topped off with a slim lapel that complements, rather than fights with the polka dots. 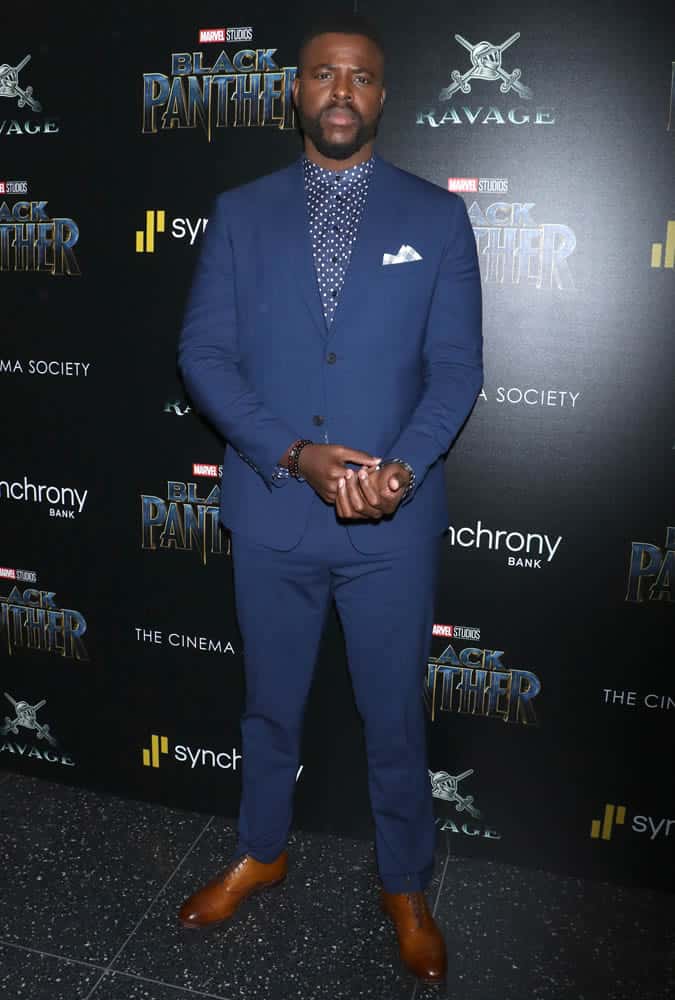 Do It Up Brown

When you’re the freshly warmed-up toast of Tinseltown, you’re pretty much living in a suit as you’re whisked from red carpet to red carpet. You’re then left with a similar dilemma to the office dwellers – how to look the part without having to constrain yourself within another two-piece?

Duke has taken the predicament head-on, unshackling himself from the suit jacket and slipping a slinky but simple brown suede jacket on instead. A crisp pair of beige trousers and knitted polo shirt complete the 50s Hollywood leading man look.

It shows that by sticking to simple, classic menswear pieces there’s no reason to have to suffer in a suit every day of the working week. The Duke Will See You Now

We’re not ones for complicating this fashion lark. Which is why we love a good roll neck, which is able to smarten any outfit, and is also the easiest way to give your suit a contemporary feel. Duke has plucked out the right one here, a simple, black version that will go with anything, in a fine knit gauge that will slide effortlessly underneath a slim fitting suit jacket. Anything too chunky would blow out the proportions of the suit while pushing the buttons to their limits. The two-way zipper made it big on the menswear scene a few years ago, when bomber jacket aficionado Kanye West was jumping on the design feature like it was a freshly dropped pair of Yeezys.

The style was to wear both zippers close to the top letting the bottom half fly open like a tent. The other and less ‘fashun-wanky’ way is like Duke here, zipping the bottom up just a smidge for when the bomber jacket is sitting too snugly on those hips. It’s a loose and relaxed way of spinning the modern classic, that doesn’t unduly exaggerate Duke’s upper body. 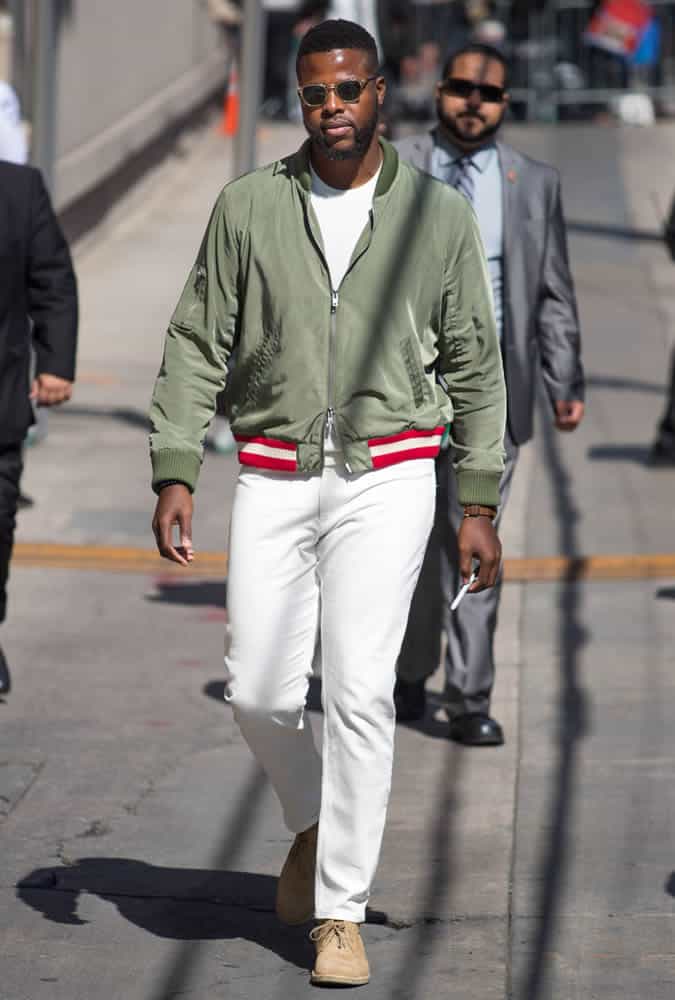 10 Apps That Will Boost Your Sex Life

20 Inspirational Quotes From The World’s Most Successful People

9 Tips to Help You Save Money While Shopping Online